Damn.  I know I haven’t posted.  Hey guess what… the numbness in my face?  Yup, freakin’ MS.  Got the MRI about a week after my last post to confirm a new lesion.  I’ve been too disgusted to post (LOL, four months too disgusted).  I still feel like kicking someone…

So Prince Charming and I had our appointment with Dr. D. and I felt REALLY bad that I didn’t go back least year when I had the eye issue.  I think I was afraid for someone who knew me and my history would diagnose me sooner.  So I approached him like ‘bless me Father, I have sinned…’ (head bowed and hands up with the paperwork and diagnosis from my eye doctor from last year).

Even before my MRI, my current symptoms told him that I was ‘inching towards an MS diagnosis.’

He said the MRI would be 1 1/2 hours and my husband suggested I ask for Valium. Sure, what the hell… and I am so GLAD I did, it was a long time to be in and out of an MRI machine.  I just would like to state for the record that ending your day with two Valium at about 1:00 pm is a LOVELY way to spend an afternoon.  I had a nice team meeting that evening… I was very ‘hakunah mattatah’

I was congratulating myself the day after the MRI when I didn’t get a call from his office by noon (my experience is bad news travels fast).  Then 1:15 pm, I saw Wilmington Neurology on my caller ID (s%!) and it was Dr. D. himself.  In retrospect, I feel really bad about cutting him off and hanging up on him… but the ‘flight’ reflex hit me.  He started with ‘you know what I am going to say...’ so really he brought it on himself.

Jeez, I was leaving the next day for an all-expenses incentive trip and I didn’t even PACK–or back up–even have CLEAN clothes and I had a TON of work to do before I left and I just think I hit tilt.  I don’t recall what I said, but I think it was ‘NO’ to pretty much all of his suggestions and then (I think, I hope…) wished him a nice day… CLICK!

Five days later (on Saturday) I was in St. George’s Utah and woke up with a thousand questions… got on the internet and started doing some research.  I called Dr. D.’s office and left a message that they can charge me a co-pay to call me again and tell me what he told me the week before…  I promised I wouldn’t hang up and would behave… he was so cool, his office called on Monday and he called me again later that day.

I told him that I fired the last neurologist for SUGGESTING that I had MS and that I would likely develop it in 5-10 years.  He asked me if I was going to apologize to my old neurologist and I told him ‘no, and by the way you are on SHAKY ground…‘.

Work-At-Home mother of four who is just WAY too tired these days and need to share some laughter at my life situations or start crying and end up in a padded cell...

This site uses Akismet to reduce spam. Learn how your comment data is processed. 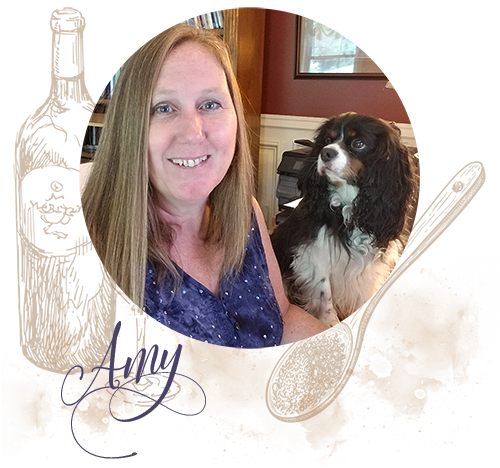